Designed For Your Fleet

Get better visibility into the efficiency of your fleet

Your business depends on your fleet to effectively transport and deliver products, reliably and on time. Our fleet management solutions provide an easy-to-use platform that allows you to keep your fleets efficient, from suggesting the best routes and reducing kilometres driven, to keeping fuel costs down and providing valuable insight to ensure your fleet can keep up with your business demands.

Get Started Explore the Platform Benefits of for Retail & Manufacturing

Tracking your resources across the globe Private fleets can drive competitive differentiation, which improves bottom-line growth. Our business intelligence modules extract data from diverse sources and use fleet utilisation reports to take the guesswork out of how to best manage your fleet.

With our easy-to-use maintenance modules, you can stay focused on productivity by keeping assets in-service and avoiding unnecessary downtime. You can also set up vehicle diagnostic alerts to ensure assets are performing at optimal levels. When there is volatility in fuel prices, your profits fluctuate. Reduce fuel costs by proactively monitoring different aspects of your operations. Plan routes efficiently to cut down distance travelled, reducing fuel usage. Monitor vehicle diagnostics to know how your trucks are using fuel so you can redeploy your most efficient vehicles to the longer routes. Our solutions allow you to monitor vehicle idle times, send alerts when over-idling occurs and track fuel use when using your power take-off (PTO). Running a nonprofit organisation frequently means trying to do many things at once with resources stretched to their limits. When your flurry of activity includes managing drivers and transportation routes, you need a hub to manage it all.

Keep an eye on driver behaviour that wastes gas or puts undue wear-and-tear on your vehicles, and even schedule preventive maintenance. Make your vehicles last as long as possible and take steps to prevent expensive surprise repairs. Well-tested software functionality lets you do it all.

We know you have questions, and we’re here to help

Asset tracking is a way to know the location of physical assets 24/7. With most construction companies operating diverse fleets of movable and fixed assets across multiple jobs sites and also on-road, there’s great value in knowing where everything is at any given time. The three main benefits of using construction asset tracking are: 1. Cost savings 2. Theft protection 3. Preventative maintenance.

Insurance companies make decisions on premium costs based on claim histories – the record of events that indicates whether a commercial vehicle operator is a good risk. The following are factors when determining an insurance premium for each driver: 1. Driver behaviour 2. Previous incidents 3. Violations As a transport company, it’s hard to believe Rocktrans began as a soft drink manufacturer called ‘Channels Cordials Atherton’ back in 1975. Catching the eye of Coca-Cola with its reputation for providing quality customer service, in 1980 it ceased manufacturing and began its 35-year evolution into Rocktrans, one of North Queensland’s leading distributors and transport solutions. Its relationship with Coca-Cola is still going strong, along with being an Agent on the Atherton Tablelands for the Toll Group, subcontractor work for Linfox, Visy Recycling, Aurora Recycling, and more. 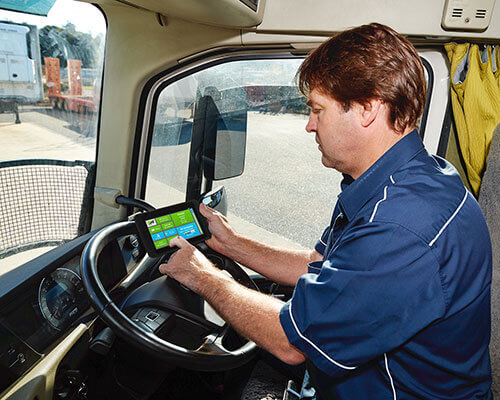